You can’t choose your family, but you can choose your sister city. The concept of sister cities — sanctioned partnerships between global municipalities — originated in the 1950s during the Eisenhower administration, with a mission to unite citizens around the world and promote world peace.

In the U.S. alone, there are more than 700 municipalities that have formed sister city partnerships through the nonprofit Sister Cities International. These connections have prompted thousands of exchange programs, promoted cultural learning opportunities, fostered positive change in global communities, and created long-lasting international friendships.

Cities that choose to partake in a sister city partnership often discover they’re not so different from their international counterparts, resulting in a relationship that remains strong throughout the years. Here are 17 pairs of sister cities around the world. 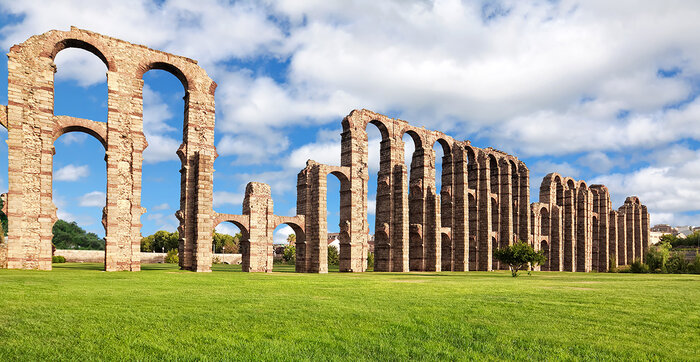 The small towns of Boring, Oregon, and Dull, Scotland, are a match made in heaven. Before 2012, these villages remained relatively unknown — both to the world and to each other. But when a Scottish woman cycled through Boring on a vacation to the U.S., she formed friendships with the locals.

Since then, these two municipalities with tiresome names have bonded over their sister city relationship, which resulted in both towns garnering more international interest. Since the alliance was made, they’ve also brought Bland Shire, Australia, into the fold, completing a sister city trifecta for cities with tedious names.

Surprisingly, the cities of Fort Worth, Texas, and Mbabane, Eswatini, share a few interesting similarities. Not only do the citizens of Fort Worth and Mbabane maintain a similar friendly attitude toward outsiders, but each city is home to an abundance of cows. In Fort Worth, Texas longhorns stride down the street twice a day in the historic district.

In Mbabane, hippos (also known as cows, calves, and bulls) have been known to casually stroll down the streets as well. The friendship between Fort Worth and Mbabane has resulted in a youth exchange program and several humanitarian projects, including the construction of a health and social center in Mbabane, funded by the Africa Urban Poverty Alleviation Program.

Despite a distance of 4,456 miles between Seattle, Washington, and Galway, Ireland, the sisterhood between these two cities has been going strong since 1986. In addition to exchange programs and cultural events, both Seattle and Galway have erected stone monuments to commemorate their ongoing friendship. Galway’s monument was erected in 1993, with a bronze marker revealing Seattle’s geophysical coordinates and an arrow pointing in the city’s direction.

In the 1990s, Rapid City, South Dakota, and Nikko City, Japan, became sister cities to introduce their citizens to a vastly different culture on the other side of the world. The goal was to create cross-cultural friendships and promote global education. At one point, Nikko City built a Wild West-inspired theme park to honor its sister city, but the park has since closed down.

Still, the alliance has proved fruitful, especially to members of the Rapid City Nikko City Sister City Association, which allows both adults and youths to participate in exchange programs, with families on each side hosting citizens from the other city.

Chicago, Illinois, and Hamburg, Germany, share plenty of similarities. For one, they’re both known for their waterside locations — Chicago along Lake Michigan, and Hamburg along the Elbe River. Each city also suffered a massive fire in the 1800s, which drastically altered the outward appearance of both metropolises.

And both Chicago and Hamburg played integral roles in the immigration of Germans to the U.S., with Hamburg’s harbor serving as a departure point and Chicago as a refuge. As sister cities for 27 years, Chicago and Hamburg have organized several unique exchange programs, including trading runners for annual marathons.

When they first became sister cities in 1985, Greenville, South Carolina, and Bergamo, Italy, shared a similarity in size and a background in textiles. But Bergamo, a small Italian city in the Alps, had a flourishing art scene that Greenville lacked. The relationship between the two cities allowed for Greenville to widen its cultural art perspective, with an exhibition by Italian sculptor Elia Aiolfi and performances by the Bergamo Symphony. In 1989, a Bergamese architect also helped design “Piazza Bergamo” on Main Street. Since then, Greenville’s art scene has flourished, as has its Italian food — one of the city’s most popular Italian eateries, Ristorante Bergamo, provides a true northern Italian experience for hungry patrons.

The stage was set for these two international cities to connect in 1846, when the founders of Elkader, Iowa, named the fledgling city after a scholar named ​​Abdelkader, who was born in the Algerian city of Mascara. At the time, Abdelkader was a contemporary hero who fought to free Algerians from French occupation.

The formal relationship between Elkader and Mascara wasn’t cemented until 1983, when the pair officially became sister cities. Since then, the friendship between the two cities has blossomed, with Algerians raising money to assist with Elkader flood damage and Iowans naming their city park Mascara, to honor the Algerian metropolis.

The friendship between Horseheads, New York, and Nakagawa, Japan, was merely a product of happenstance. It began when a Japanese businessman was traveling through New York and discovered the town of Horseheads on a map. Since the businessman himself was from a town called Bato-machi, which translates to “village of horse’s head,” he decided the two towns needed to connect.

After he formed the “Horseheads Sister City Committee,” a robust exchange program was developed between the two towns. Although Bato-machi eventually became incorporated by Nakagawa, the sister city relationship has continued to flourish, with bi-annual student exchange trips from each city.

These sister cities commemorate their friendship with a special tradition known as Pancake Day. The root of the tradition began during Lent in 1445, when an Olney woman was late to church. In an effort to use all of her lard, which was forbidden during Lent, she ran to church while flipping a pancake. The hilarious story turned into an equally hilarious annual race in which Olney women run 415 yards down the streets of town while flipping pancakes.

In 1950, the town of Liberal, Kansas, learned about Pancake Day and challenged the people of Olney to an international race. The two quickly became sister cities, with the International Pancake Day Race occurring annually on the Tuesday before Lent begins.

Sister cities since 2002, both Boulder, Colorado, and Yateras, Cuba, share one distinct commonality — proximity to the mountains. As a result, the program between Boulder and Yateras is robust and involves promoting outdoor activity, sustainability, and good health.

Since dance and music are crucial elements of life in Yateras, Boulder often hosts events that revolve around this cultural element, with all proceeds from dance lessons and live changüi music (the music of Yateras) going directly to the sister city organization. Boulder also organizes annual volunteer trips to Yateras, as a way for Boulder residents to learn more about the people and culture of their sister city.

Decatur, Georgia, and Boussé, Burkina Faso, became sister cities during the 1980s, after Decatur locals and University of Georgia students spent time in the West African village. The group was attempting to eradicate a water-borne parasite in the village, while also studying how to grow drought-resistant corn.

Upon returning to Decatur, the cohort persuaded the mayor to set up an official sister city relationship with Boussé — and the rest is history. The friendship has fostered continued humanitarian work organized by Decatur locals, including raising funds for the village’s primary school and hosting athletes from Burkina Faso during the 1996 Summer Olympic Games in Atlanta.

Established as sister cities in 1969, Los Angeles, California, and Mexico City, Mexico, recently celebrated 50 years of friendship, and they’re still going strong. Both cities plan to work together on climate change initiatives, while also collaborating on ways to make their cities more sustainable. As major cities in their respective countries, Los Angeles and Mexico City have many parallels, not only in terms of size and population, but also in their cultural backgrounds.

Many residents of the “City of Angels” have strong Mexican roots, celebrating holidays such as Día de los Muertos (Day of the Dead) and Lady of Guadalupe Day. Los Angeles and Mexico City also serve as cultural meccas in their countries, with dynamic food scenes and strong connections to the arts.

Duluth, Minnesota, and Petrozavodsk, Russia, became sister cities in 1987, at the tail end of the Cold War. Since the cities share much in common, including cold northern climates, a lake shoreline, and fundamental mining and timber industries, the two seemed like a good fit. The relationship was established as a way to make peace during a hostile time and has since proved abundant in many ways.

According to the founders of Sister Cities International, the friendship’s foundation was built on the citizens getting to know one another in a meaningful way. As a result, thousands of visits have been orchestrated between Duluth and Petrozavodsk, including student, medical, art, and dance exchanges.

Situated on the Neckar River, the village of Neckargemünd, Germany, shares a few commonalities with Missoula, Montana. As towns situated on large rivers, the two municipalities are both meccas for nature enthusiasts to enjoy the great outdoors. And while Missoula is home to the University of Montana, Neckargemünd has a university only six miles away — the University of Heidelberg.

The relationship between the two universities has been integral to these sister cities, with cultural collaborations occurring frequently. Missoula also hosts an annual Germanfest celebration every September, as a way to honor its sister city.

Rhode Island is a small state, but it’s home to the fifth-largest Irish American population in the United States, with nearly 18% of Rhode Islanders reporting Irish ancestry in the U.S. Census. As such, it makes sense for Newport’s sister city to be located in the motherland. As far as towns go, Kinsale, Ireland, is not so different from Newport — both are charming coastal towns, with thriving culinary and art scenes.

And there’s no doubt that the love is felt between these two sister cities, with unique exchange programs that entice citizens to cross the pond. One such exchange program is directed toward chefs, with cohorts traveling between Kinsale and Newport to eat, cook, and learn from one another.

In terms of sister cities, New York, New York, and Tokyo, Japan, are well-suited for each other. The two cosmopolitan cities serve as hubs for culture, entertainment, art, and cuisine in their countries, with undeniably electric energies that draw people toward them.

Since they were established as sister cities in 1960, representatives from New York and Tokyo have worked together to link the two metropolises, launching Global Partners Junior, which works to connect peers from the two cities online. The sister cities also created the Friendship Baseball Series, an annual exchange initiative that brings together young athletes from both cities to play ball.

In 1980, the two mayors of Boston, Massachusetts, and Barcelona, Spain, met for brunch and quickly discovered how much their cities had in common, including charming cobblestone streets, winding roads, and historical landmarks. Both metropolises are also infamous for architectural projects that took longer than expected to complete — although Barcelona wins in terms of longevity.

While Boston's Big Dig tunnel took 16 years to complete, the construction of La Sagrada Familia in Spain has been ongoing since 1882. Since both cities are also leaders in the tech industry, Boston hosted a 2016 exchange program for health start-ups from Barcelona, as a way to further connect the two cities. 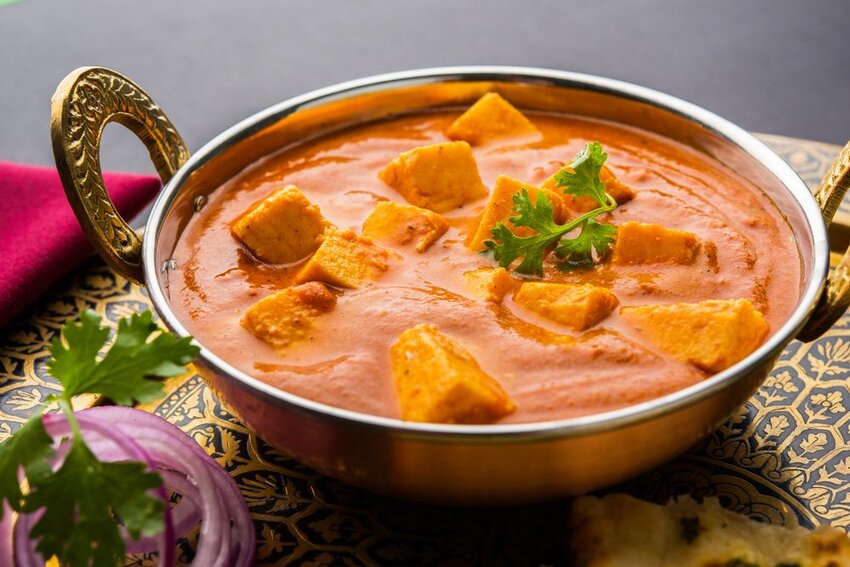