When you think of a rainforest, your mind is drawn to thick, lush jungles; hot and humid temperatures; and monkeys, snakes and bugs all around. While that image is indeed one kind of rainforest, rainforests can actually be found on every continent on Earth (except Antarctica) and some of them look quite different than the stereotypical image that might pop up into your head. So what officially counts as a rainforest and where are they? 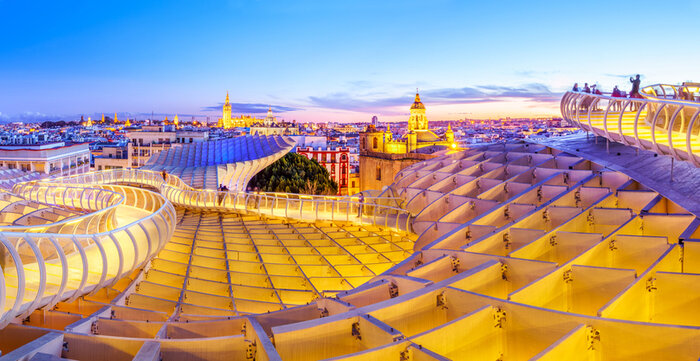 Rainforests can be separated into two distinct types: tropical and temperate. When you picture that standard image of monkeys swinging through a hot muggy forest, you are thinking of a tropical rainforest. These forests are located close to the equator and receive a staggering amount of rain per year. In tropical rainforests, between 60 and a whopping 400 inches of rain will fall annually with a steady 83% humidity. For reference, the average rainfall across the United States is 30 inches per year.

Because of the ridiculous amounts of rain, tropical rainforests support immense amounts of plant and animal life. The Amazon rainforest, the largest rainforest in the world, is home to over 40,000 plant species, 5,500 types of animals, and more than 100,000 different insects with new species being discovered every year. Tropical rainforests can be found in South America, Africa, Southeast Asia, India, and several islands in the South Pacific including Hawaii.

The lesser-known type of rainforests are called temperate. Temperate rainforests also receive massive amounts of rain every year, but, unlike their tropical counterparts, have a cooler climate. These forests receive slightly less rain, on average between 80 and 135 inches annually, and have a greater fluctuation in temperature. Most even experience seasonal changes. While they may be cooler, they rarely ever get below freezing. Average temperatures range between 39 and 54 degrees Fahrenheit.

Temperate rainforests are found in North America, southern Africa, Europe, and Australia. If you want to visit a rainforest, you might not have to go as far as you think. Many national parks and parts of the American Pacific Northwest and the eastern Appalachian mountains in the United States receive enough annual rainfall to be considered temperate rainforests.

Rainforests represent the oldest ecosystem in the world. The Daintree Rainforest in Australia, for instance, is estimated to be at least 180 million years old. In general, tropical rainforests have a faster life cycle. Trees and other plants grow and decay faster than those in temperate rainforests because of the warmer and steadier climate. Trees in tropical rainforests live to be 50-100 years old and reach heights between 80-115 feet.

In comparison, temperate rainforests have a slower life cycle, which means that trees can grow older and much taller. Trees in some of the oldest temperate rainforests, like the redwoods in the Pacific Northwestern United States, can live to be 500-1,000 years old and grow to a neck-straining 300 feet tall!

In addition to providing us oxygen to survive, the rainforest is also responsible for producing many of the foods that we enjoy, such as bananas, citrus fruits, avocados, cashews, vanilla, sugar, coffee, tea — and much more.

Medicines and other household products are commonly made from ingredients native to the rainforest. Cosmetic products like shampoo and moisturizer frequently contain ingredients such as coconut oil, aloe vera, and passion fruit, all of which come from the lush jungles of the rainforest.

For those of you who don’t breathe or use shampoo and are still wondering how the rainforests affect your daily lives, many of the items in your home and office are probably made from wood found in the rainforest. Mahogany, rosewood, and balsa are three very popular wood varieties that can be found only in the rainforest and are commonly used in making furniture and other household decorations.