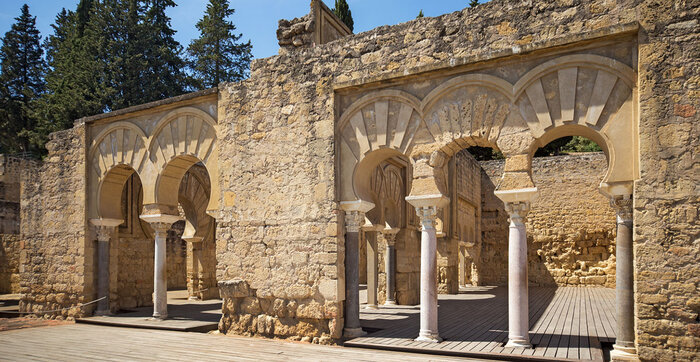 The equator is the most well-known of the two guidelines. It cuts the world in half and encircles the globe horizontally, passing through the top of South America and the middle of Africa. Some of the most consistently hot areas in the world lie on or near the equator.

Latitude lines are parallel to the equator and are measured in degrees. They go from 0 degrees, the equator, and increase to a maximum of 90 degrees north and south — 90 degrees north is the North Pole while 90 degrees south is the exact bottom of the globe in Antarctica. One degree in latitude is equal to 60 nautical miles, which is the equivalent of about 69 miles on land.

The prime meridian is the opposite of the equator. It cuts the globe in half vertically and separates the world into the Eastern and Western Hemispheres. The exact line runs through western Europe and cuts off the western tip of Africa. The observatory in Greenwich, England (pictured above) sits at 0 degrees longitude, right on the prime meridian.

Longitude lines are based on the prime meridian. They are also measured in degrees and run from east to west. North and South America fall into western longitude coordinates, while most of Africa and Europe, along with all of Asia and Australia have eastern longitude coordinates. The farthest point from the prime meridian is 180 degrees in either direction, which is actually the same line. 180 degrees east is the same as 180 degrees west.

When you combine the two guidelines, they form a grid pattern over the world. Exact locations can be expressed using latitude and longitude coordinates. For example, Washington, D.C., is located at 38.9072 degrees north and 77.0369 degrees west. The north coordinate uses latitude lines based on the equator, and the west coordinate uses longitude lines based on the prime meridian. Every place in the world has a unique coordinate. This is how GPS can track your exact location worldwide.

The place where the prime meridian crosses the equator is at coordinates 0, 0, which lands off the coast of Africa in the Atlantic Ocean. Although no real landmass exists there, that spot is called Null Island. It’s used for recalibrating location-tracking equipment.

While the prime meridian is the only notable longitude line, there are a few important latitude lines besides the equator. The tropics are considered any area within 23.5 degrees of the equator. The Tropics of Cancer span from the equator to 23.5 degrees north. In the summer, which is in June, locations in the Tropic of Cancer will see the sun at the highest possible point in the sky: straight up.

The Tropics of Capricorn range from the equator to 23.5 degrees south. These areas will experience the same super-high sun as areas in the Tropic of Cancer, but their summer is in December. Remember, seasons are opposite depending on which side of the equator you’re on. Summer in the southern hemisphere is from December to February.

The Arctic Circle and the Antarctic Circle are located at 66.5 degrees north and south respectively. If you’re in an area with coordinates greater than 66.5 degrees latitude in either direction, you will experience 24-hour sunlight in the summer and 24-hour darkness in the winter. Again, the winter and summer seasons are switched. Summer in the Arctic is from June to August, while summer in the Antarctic is from December to February.