For many people, the Caribbean is an easy-to-access getaway that doesn’t require more than a short flight. But you might not be aware that multiple countries lay claim to the islands in this part of the world. Most Americans are familiar with the U.S. Virgin Islands because they don’t need a passport to visit.

But another major faction in the region is the British Virgin Islands (BVI), a collection of over 50 islands and cays that are controlled by the United Kingdom. But there are four islands in particular that are the best known: Tortola, Virgin Gorda, Jost Van Dyke, and Anegada. For a first-timer, planning a trip that takes you through these four locales is a great way to ease into the BVI experience. 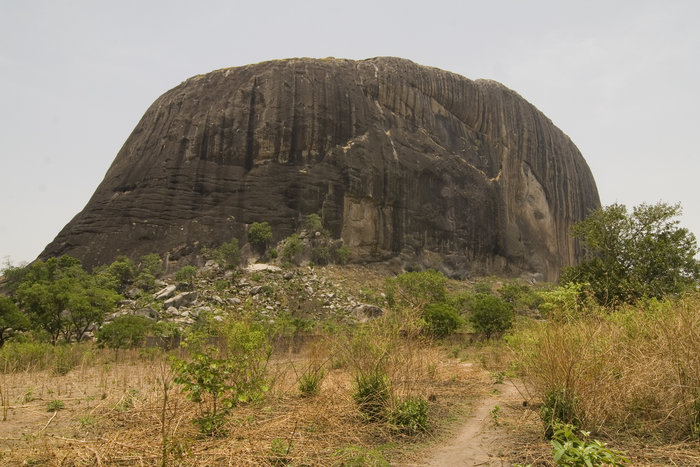 Tortola is the largest island within the BVI, and it is the capital of the Caribbean British overseas territory. The island is best known for its gorgeous, white sandy beaches and calm waters thanks to its protected anchorages. But if you want to do more than lie on the beach, there are plenty of historical spots such as the 1780 Lower Estate Sugar Works Museum, Fort Burt, or the Callwood Rum Distillery. You can also get active by enjoying many of the more physical excursions like hiking through the tropical rainforest in Sage Mountain National Park or fishing in one of the many bays on the island.

Just like many other parts of the Caribbean, the BVI is heavily influenced by the African, Spanish, and Indian cultures that once occupied the land. And that heritage can be felt in Virgin Gorda. Much like Tortola, Virgin Gorda offers a variety of options depending on your activity level, but this island is considered ideal for nature lovers. While you can spend time lounging on the various beaches, you can also soak in the natural wonder by hiking, snorkeling, or relaxing in the natural saltwater pools. Virgin Gorda offers a unique perspective as you can hike to the island’s highest point at Gorda Peak to take in a spectacular view of the surrounding islands.

If you’ve had enough of lazy days, then head to Jost Van Dyke during the evening, which is considered the playground of the BVI. This island is named after a famous Dutch pirate, so it’s only right that it lives up to that name. The smaller of the three main islands, Jost Van Dyke has fewer than 300 full-time inhabitants. But in particular, the island is known for yacht festivals — with the most popular being their Halloween and New Year’s events. And for foodies, this island is a must-see as it is world-renowned for the fresh food, barbecue, and cocktails served at the popular eatery, Foxy’s.

For snorkelers, a stop at Anegada is a must. The relatively flat island within the BVI is known for its coral reefs, which are ideal for underwater exploration. It is also the only coral island within the BVI, making it a unique attraction within the entire British overseas territory. You can swim with tropical fish, stingrays or just enjoy seeing the coral up close and personal. When you’ve had enough of the water, the island boasts a rich history that highlights their Arawak Indian origins, or you can explore any of the historic wrecks from Spanish and British galleons to American privateers. If you’re not into underwater play with the local flora and fauna, you can still see just as many exotic animals and plants on dry land.

So, you loved what you just read about the most popular islands in the BVI, and you’re ready to book your trip. That’s great, but there are some things you should know: