You could be forgiven for believing that a European vacation is out of your budget. After all, cities like London, Paris, and Zurich aren't particularly known for being wallet-friendly. However, some destinations in Europe are more affordable than you think. Here are nine surprisingly cheap European cities that you can visit on a budget. 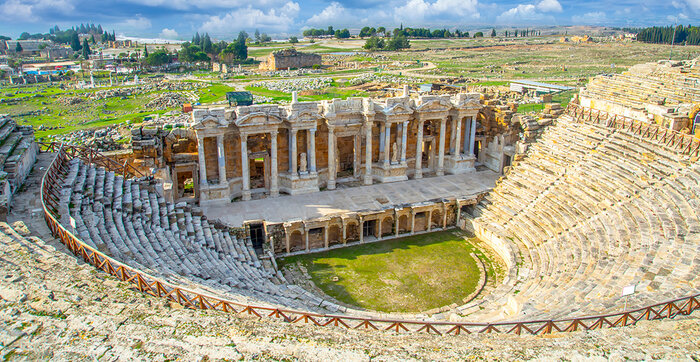 Test your knowledge!
Where can you find this Roman amphitheater?

The city that’s famed for its ruin bars (pubs located in formerly abandoned buildings) and some of the best street food in Europe knows a thing or two about catering to those on a tight budget. It will cost you nothing to gaze out over the Danube from Fisherman’s Bastion or admire the architecture of the city’s Great Market Hall.

While the splendid Art Nouveau-style baths at Danubius Hotel Gellért might set you back a few forints (though even that’s only about $18 per person), wallowing with the locals in less-elegant surroundings is half the price. In fact, many of the Hungarian capital’s must-see attractions are free. A double room in a centrally-located, three-star hotel is easy to find for under $50, a plate of goulash costs less than $3, and the beer’s ridiculously cheap too. It’s no wonder that Budapest is a favorite locale among travelers on a budget.

Budget-conscious travelers can live like royalty in the Greek capital. Take advantage of the city’s free Meet Our Locals initiative, which pairs visitors with locals keen on sharing what they love about their city. Travel in the off-season (November through March) and you can even score discounted admission to the Acropolis — tickets are half-price in winter. Or, if you do your research ahead of time, you’ll discover that every first Sunday, plus another half dozen dates each year, are completely free. When you get hungry, grab a classic kebab at O Thanasis — cheap, tasty, and filling. Save room for some sticky baklava or macaroons from Mitropolitikon, a family-run bakery which has drawn a crowd in the heart of the Plaka neighborhood since it opened in 1930.

In general, Spain’s a savvy choice for budget travelers and that’s especially true of Seville. Explore city highlights such as the Catedral de Sevilla and its unique bell tower known as La Giralda, the Real Fábrica de Tabacos de Sevilla (Royal Tobacco Factory), and beautiful Plaza de España by booking a spot on a free walking tour. The Old Town of this popular Andalusian city is so charming you’ll want to continue wandering on your own to explore the hidden corners of the Santa Cruz neighborhood.

Save enough euros to see an authentic flamenco show. A ticket for an intimate performance at La Casa del Flamenco will only set you back about $25, which is roughly half the price of a ticket to a show at a bigger venue like El Palacio Andaluz. Seville is nicknamed “the Frying Pan” for its swelteringly high summer temperatures, so hold off until fall when $60 will get you a room in the heart of the Old Town.

If you’ve ruled out Switzerland but still want to explore the Alps, how about Slovenia? The capital of Ljubljana makes an excellent base for trips into the surrounding countryside. Lake Bled, famous for its pretty island church and mountain backdrop, is under an hour away. When you’re finished relaxing in nature, stay in the city and take a romantic stroll beside the River Ljubljanica or spend $12 to nose around the medieval castle.

You won’t have to sacrifice style or quality to score a cheap room — try Atik Rooms close to the castle or the quirky cell conversions of Hostel Celica, set in a former prison. Both accommodations welcome guests for as low as $80 per night. Getting around the compact old town on foot is a breeze, but you can also hail a Kavalir, an electric vehicle that offers a free ride to anywhere in the pedestrianized city center.

Poland is known for being an affordable European destination and the city of Kraków is no exception. It’s free to watch the world go by in Rynek Główny, the historic main square of the sprawling Old Town, or inspect the amber jewelry on sale at the 15th-century Cloth Hall. Many of the city’s museums are free or discounted on certain days, such as Wawel Royal Castle and Oskar Schindler’s Enamel Factory on Mondays, the National Museum on Tuesdays, and the Museum of Contemporary Art on Thursdays.

Away from the touristy, overpriced restaurants, cafés, and bars, food and drink is also cheaper in more residential parts of the city. When there’s a market in the Old Town square, you can also save money by snacking on pierogi (filled dumplings), ham hocks, and hot potatoes from the food stalls for just a few złoty.

Dresden is one of Germany’s best-kept secrets. Its impressive art and architecture earned it the nickname of “Elbflorenz” (Florence on the River Elbe). It won’t cost you a cent to admire the magnificent buildings of the Altstadt (Old Town), including the Zwinger, Semper Opera House, the Royal Palace, and the stunning Lutheran church known as Dresdener Frauenkirche, though you’ll be tempted to stump up the very reasonable admission charges to nose around the buildings’ interiors. If you plan to visit several museums, invest in a two-day pass called a Dresden Museums Card, which costs only 22 euros ($26) for adults and is free to visitors aged 16 and under.

From the moment your plane touches down, the capital city of Portugal is cheap to get around. A metro line connects the airport to the city center, so there’s no need for expensive taxi transfers here. While we’re on the subject of transport, one of the best bargains for tourists anywhere in Europe is a ride on Lisbon’s Tram 28. With its distinctive egg yolk-yellow paintwork and polished wood benches, the vintage streetcar is a delightful way to get around. The one-hour ride through the Graca, Alfama, Baixa, and Estrela neighborhoods costs only three euros (less than $4).

Eat your main meal at lunchtime instead of in the evening and the food’s a bargain too. Try bacalhau (salt cod) at an authentic and well-priced restaurant like Zé da Mouraria. You might have to wait in a long line, but that’s a sign that the food’s worth it. Those long lines are also worth joining at Pastéis de Belém, a popular bakery which opened in 1837. Grab a few traditional custard tarts known as pastéis de nata to eat beside the river.

Take a free walking tour when you arrive in Sofia, the Bulgarian capital, and you’ll soon get your bearings. Your guide will introduce you to landmarks such as the iconic Alexander Nevski Cathedral, the Sofia History Museum (once the city’s bath house), and the former Communist Party Headquarters and there’s no obligation to put your hand in your pocket. Save your cash for your accommodation. A dorm bed can cost less than 15 bucks, but this is the place to splurge. Even during peak season, a night at a fancy, five-star property like the Hotel Balkan will leave you change from $120.

Riga’s a charming city to wander through on foot. Littered throughout the Old Town are some quirky sculptures, such as an armadillo beside the cathedral, a ghost hovering between the Swedish Gate and the Latvian War Museum, and a glittering Venus of Willendorf outside the Art Academy of Latvia.

When you’ve worked up an appetite, head to a traditional pub like Folkklubs ALA Pagrabs, where a generous plate of Latvian meatballs can be yours for less than $10, and a large beer to wash it down comes in at an extra $4 or so. Just $20 gets you a bed for the night in a centrally located hostel, but if you can double the budget, roughly $40 per night gets you a four-star room somewhere like the Hotel Monte Kristo or the Rixwell Old Riga Palace Hotel. 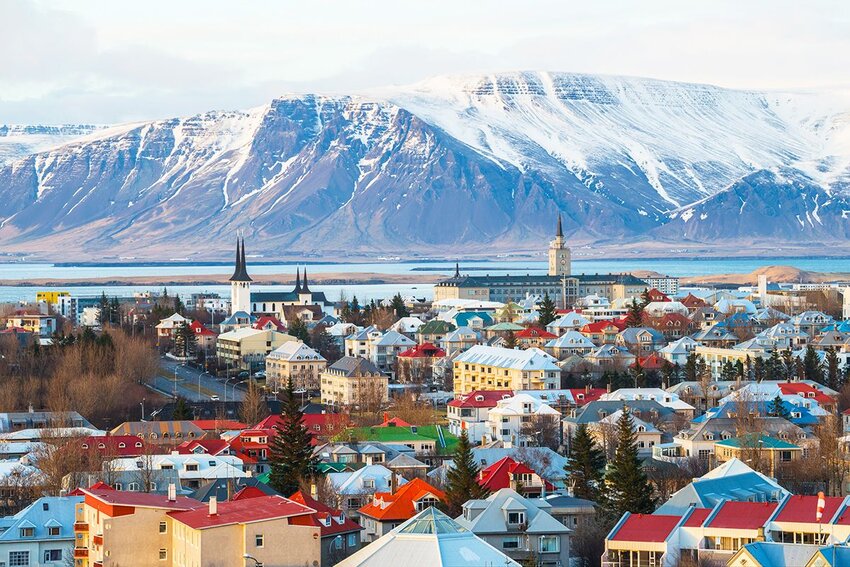