Locating a particular country on a map can be challenging enough (do you know where Paraguay is?). But do you know how to distinguish one geographical feature from another?  Can you articulate the precise difference between a jungle and a forest, a pond and a lake, a gulf and a bay? Find out how much you really know about the earth’s diverse atmosphere — here, we’ve answered the geography questions you’ve always wanted to know the answers to. 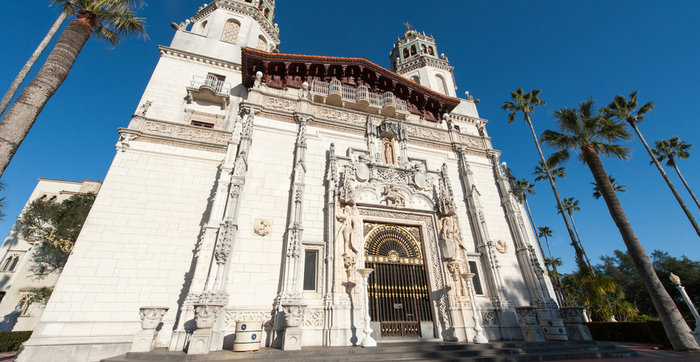 What’s the Difference Between a Gulf and a Bay?

A gulf is a body of water surrounded by land, much like a bay. Gulfs and bays share the same basic definition, but there are some slight nuances between the two. The main difference between a gulf and a bay is size. Gulfs are typically — though not always — much larger than bays. They’re also characterized by small openings and round bodies.

A bay is also defined as a body of water surrounded by land. Bays are generally smaller than gulfs, although that’s not always the case. Cast in point: The world’s largest bay, the Bay of Bengal in India, is actually bigger than the world’s largest gulf, the Gulf of Mexico. Typically, however, bays have a wider opening than gulfs in comparison to the rest of the body of water.

What’s the Difference Between a Pond and a Lake?

This one’s tricky. Ponds and lakes are standing or slow-moving bodies of water and there’s really no official difference between the two. Areas that don’t have much standing water might consider one body of water to be a lake, while in a wetter area the same body of water would be considered a pond.

Lakes are generally considered to be larger than ponds. The following three conditions may help determine if a body of water is a lake, rather than a pond:

If all three are true, then the body of water is most likely a lake.

What’s the Difference Between a Sea, a Lagoon, and an Ocean?

Usually on a grander scale, seas are also large bodies of water. To be considered a sea, a body of water must be made of saltwater, connected to the ocean, and located at sea level. Seas are typically much larger and deeper than lakes.

Lagoons are similar to seas in that they’re connected to the ocean. The official definition of a lagoon is a shallow body of water separated from larger bodies of water by a natural barrier, such as a sandbar or coral reef. They can be considered "leaky" if there’s an uninhibited flow of water between the ocean and the lagoon, or "choked" if the connection is hindered by a narrow channel. Lagoons receive most of their water from the ocean instead of from rivers or springs.

Oceans are the largest and deepest bodies of water on the planet. They make up about 70% of the earth’s surface area and can reach depths of more than 36,000 feet. Oceans are easy to differentiate: there are only five of them and they’re so massive that it’s hard to mistake them for anything else.

What (and Where) Is a Karst?

Karsts are made of limestone — not just a few pieces of limestone, but massive formations over miles of land. What makes limestone unique is its softness, which means it erodes and soaks up water easily. Water from precipitation and rivers flows around and through the rocks, carving them into incredible formations. Due to this, karsts are known for their immense cave systems, sinkholes, underground rivers and lakes, and jagged shapes.

While all karsts are made of limestone, they don’t all look the same. Depending on the climate and weather conditions in the area, the stone can erode in different ways to create cenotes and caves.

Karsts are relatively common and can be found all over the world. About 20% of the United States is considered a karst region. Karsts are responsible for some of the most unique landscapes in the country, many of which have been turned into national parks including:

What’s the Difference Between a Forest and a Jungle?

The main differences between a forest and a jungle have to do with location and climate. Jungles are typically smaller in size. Strictly speaking, a jungle is a forest, but a forest isn’t always a jungle. If the requirement for a forest is a minimum amount of land covered by a dense population of trees that reach a specific height and canopy coverage, then a jungle can be a forest.

In contrast, a forest might not always be a jungle, since jungles are a casual term used to describe tropical rainforests. You can easily substitute “jungle” for “tropical rainforest.” Jungles are typically limited to tropical locales because, in addition to the aforementioned tree growth, they can also be full of vines, fungi, and animals that thrive in tropical climates. Likewise, jungles tend to be damp and humid places. Note that not all forests have these features, which is why a forest and jungle aren’t always interchangeable terms. While forests can be found anywhere in the world, jungles tend to be limited to equatorial regions.

What Are the Equator and Prime Meridian?

The equator cuts the world in half and encircles the globe horizontally by passing through the top of South America and the middle of Africa. Some countries with consistently hot temperatures such as Brazil and Ecuador lie on or near the equator. Latitude lines are parallel to the equator and are measured in degrees. They go from 0 degrees at the equator and increase to a maximum of 90 degrees north and south.

The prime meridian is the opposite of the equator. It cuts the globe in half vertically and separates the world into the Eastern and Western Hemispheres. The exact line runs through western Europe and cuts off the western tip of Africa. The observatory in Greenwich, England, sits at 0 degrees longitude, right on the prime meridian. Longitude lines are based on the prime meridian. They are also measured in degrees and run from east to west.

What Counts as a Desert?

Officially, a desert is any place that receives less than 10 inches of precipitation per year. Lesser-known fact: It actually has nothing to do with sand.

There are four different types of desert, and they are found on every continent on Earth. Roughly one-third of the Earth’s land surface is considered desert.

The last type of desert is a polar desert. There are two polar deserts on Earth, and they take first and second place for the largest deserts in the world. The second-largest is the Arctic Polar Desert, which covers 5.4 million square miles at the top of the globe, while the first-place Antarctic Polar Desert covers the 5.5 million square miles at the bottom. All the other deserts in the world could easily fit inside of these two. Temperatures here can reach as low as -128 degrees Fahrenheit. Only bacteria, algae, and a few seals and penguins call this place home.