Some people enjoy traveling to locations that the average tourist wouldn’t want to visit. Whether it's a haunted site or a destination that requires extreme effort to reach, there are numerous abandoned and condemned places that are no longer active. Some of these places have become so popular that there are guided tours to take you there, while others can only be entered at your own risk. These eight condemned sites are ones you can actually visit, but be warned. They're definitely on the spookier side. 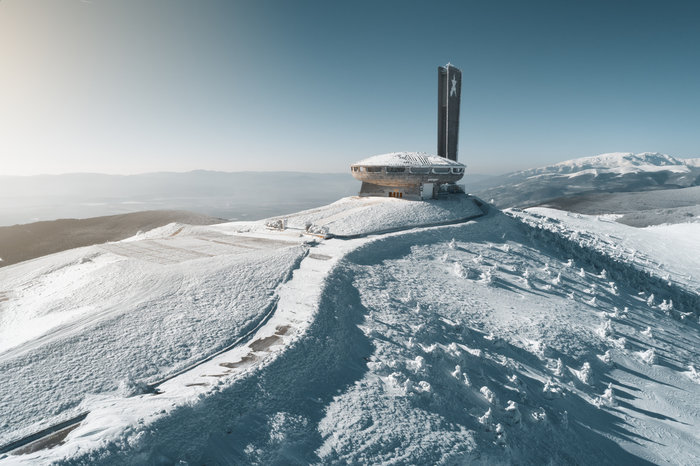 The Sheraton Rarotonga was a hotel that never completed construction. It was a partnership project between the local government and the Sheraton brand, so what happened? According to rumors, the local mafia raided the $36 million development fund. Eventually, the government’s funding for the project ended and construction stopped with only 80% of the building complete.

Did you know that Prinkipo Greek Orthodox Orphanage in Istanbul is the largest wooden building in Europe? It’s currently in extreme disrepair, but you can still visit this site. The building was erected in 1898 with plans to be a casino resort, but the original owners couldn’t get a gaming permit. The structure eventually became an orphanage until 1964 when it was closed during the Cyprus Conflict. While it’s no longer in use, the building is owned by the Ecumenical Patriarchate and is a historical site.

You are probably familiar with Chernobyl — even if you weren’t alive when the most catastrophic non-military nuclear explosion took place. Although it’s associated with Russia, the Chernobyl nuclear plant is located in Pripyat, Ukraine. Thanks to the HBO miniseries that aired in 2019, tourism interest has surged as people walk through this ghost town. Understandably, precautions should be taken as the town still has radiation hotspots. Selfies are also strongly discouraged considering the extreme loss of life that took place there.

Living near an active volcano comes with obvious risks. If you’re willing to walk on the wild side, you can visit Plymouth, a town on the Caribbean island of Montserrat. It’s often compared to Pompeii, which should give you an idea of why this is a ghost town. Over two decades ago, the Soufrière Hills Volcano erupted — covering the entire town of Plymouth and surrounding area in ash. The once-popular tourist attraction was abandoned as residents and travelers evacuated the island. Today, residents and tourists are beginning to return.

The United States isn’t the only place that’s seen coal mine closures create ghost towns. From 1887 to 1974, Hashima Island was a bustling coal mining location. But eventually, the coal supply dwindled, and people left the island to find their fortune elsewhere. Eventually, nature reclaimed many of the buildings and structures. While the historic ruins are beautiful, the island’s history is more complex than just coal. If you visit, be prepared to learn about Japan’s conscripted labor camps here, which were comprised of Korean and Chinese prisoners and forced laborers during World War II.

Ghost towns created from WWII are — by default — tragic. If you’re ready to look at history in all of its grittiness, then Oradour-sur-Glane should be on your list. This French town was moved and rebuilt, but the original town that was destroyed by the Waffen SS on June 10, 1944 still exists just as it was left during the war. Considered the worst atrocity by the Nazis in western Europe, 240 women and 205 children were massacred in a roofless church. In total, more than 600 people were murdered on that day. As with with Chernobyl or Hashima Island, if you visit this village, be respectful.

Imagine a beautiful resort town situated next to a manmade lake. This was what the Salton Sea was supposed to be for California. The lake was made by accident when the Colorado Lake overran its banks in 1905 into the Salton Sink valley. Over two years, the Salton Sea, a freshwater lake, was created. It became a resort town — attracting celebrities — and reached its heyday between the 1950s and 60s. But poor planning created a lake with high salinity, toxic pesticide levels from nearby runoff, no drainage, and no way to correct it all. By the 1970s, the Salton Sea and the surrounding community were a ghost town and the lake was saltier than the Pacific Ocean.

Of all the condemned and abandoned sites on our list, the New Bedford Orpheum Theatre is the only one that’s considered haunted. The Massachusetts theatre first opened on April 15, 1912 — the same day that the Titanic sank. It served as a live theatre and showed movies until 1958. After that, it was used solely for special events until it closed its doors for good in 1962 when it was sold to a tobacco company that used the building for storage. Today, the building is under new management and has goals to reopen since it is one of the oldest surviving Orpheum Theatres in the country.