For most people, when they think about the country of Iceland, they imagine outdoor hot tubs surrounded by snow and, of course, the Northern Lights. But Iceland is a beautiful country that’s full of natural wonder. In fact, it also served as one of the many backdrops for the HBO hit show, "Game of Thrones".

So, if you find yourself traveling to Iceland and you’re not solely focused on the Aurora Borealis, then their waterfalls are a great way to soak in the beautiful country’s unique natural formations. Iceland is chock full of natural beauty, but their “fossar” or waterfalls range from serene to quick-moving and can be found across the country. No matter which fossar you visit, you’re sure to find a picturesque landscape. 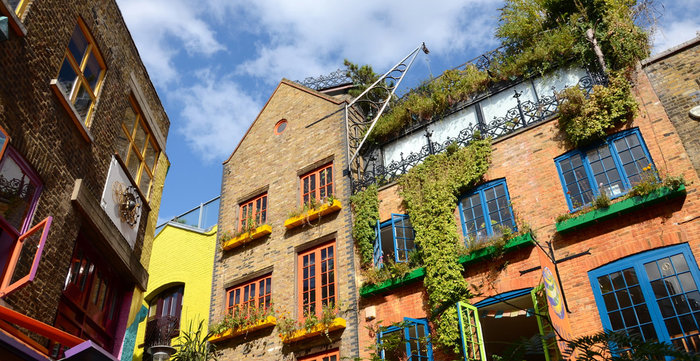 Test your knowledge!
Where is this colorful courtyard?

If you could describe Hrafnabjargafoss in one word, it would be “ethereal.” The northern Iceland waterfall looks dreamy because it’s surrounded by snow, and the fossar drops into a frothy mist in the Skjálfandafljót glacier river. And just like Hraunfossar, Hrafnabjargafoss is located near two other popular waterfalls, Aldeyjarfoss and Goðafoss.

Speaking of Goðafoss, if you decide to visit Hrafnabjargafoss, you might as well stop by this beautiful waterfall as well. It is the most famous of the Skjálfandafljót waterfalls. And once you come here, you’ll understand why. This famous waterfall features dazzling blue waters below and is 12 meters high and 30 meters wide (39 feet high by 98 feet wide). According to legend, the waterfall earned its name Goðafoss (Waterfall of the Gods) because chieftain Þorgeir Ljósvetningagoði tossed all the statues and idols of the Norse gods over the river to show that the country had converted to Christianity. This was done to end the rift caused by holdouts who fought conversion. Goðafoss is part of the Diamond Circle and is a popular stop for tours in this region.

In Icelandic, “Gullfoss” translates to The Golden Waterfall, and it’s easy to see why the natural spectacle has earned this name. By many people’s estimation, this is the most famous waterfall in all of Iceland. Gullfoss is part of the Golden Circle trail, one of the most popular tourist attractions in the country. A trip through the Golden Circle will usually include Geysir Geothermal Area and Þingvellir National Park. The park might be more familiar to you as North of Westeros from "Game of Thrones".

While you can get fairly up close and personal with Gullfoss, be sure to stay behind the fence. On a clear day, you can enjoy the spray from the waterfall on your face. But if you’re too daring and get too close to the edge, just remember that the waterfall features a 105-foot drop.

And finally, the most beautiful waterfall in all of Iceland (according to pretty much every tourism site about Iceland) is Seljalandsfoss. The waterfall is located on the south side of the island nation and is a tall and slender fossar. Most notably, you can walk behind this fall and catch spectacular photos of the surrounding countryside with the waterfall as the focal point.