When you think of European capitals, you probably imagine London, Paris, or Berlin. These cities have stood for centuries, serving as backdrops for political intrigues, historic events, and monarchies. But with countries as old as those in Europe, their capitals as we know them today weren’t always the same. Some countries like Italy weren’t unified until a few centuries ago. And for some, their boundaries have changed over the years. If you’re visiting Europe this year, you might want to put these former national capitals on your itinerary. 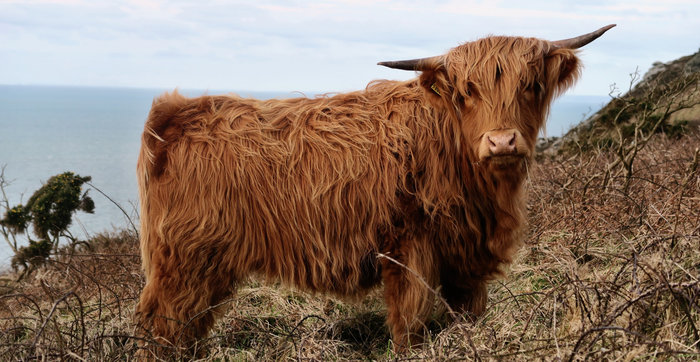 Test your knowledge!
Where you can you find these long-haired cattle?

Today, Copenhagen is the capital of Denmark and a food lover’s paradise. But before the nation was known as one of the happiest in the world, it was home to kings who called Roskilde their capital from approximately 1020 to 1440. Roskilde was important prior to the rise of Christianity because it was a major Viking trading hub on the water. However, in the 980s, Harald Bluetooth, the second official ruler of the Danish Kingdom, built a wooden church in the town, leading the way for a religious transformation.

These days, Roskilde still serves as a major transportation hub, since it’s only 19 miles west of Copenhagen. It’s also a popular tourist destination, especially for music and architecture. Roskilde Cathedral is a UNESCO World Heritage site and is the final resting place for over 30 Danish monarchs. And in the summer, you can enjoy jazz festivals and open-air concerts.

Italy wasn’t always a unified country. But the nation’s third largest city, Naples, served as a national capital on several occasions for over 10 centuries until unification in 1861. The city is known as one of the oldest continuously inhabited urban areas in the world because it was first settled by the Greeks in the second millennium B.C. After the decline of the Roman Empire, Naples was at the epicenter of feuding, wars and political instability until Italy unified. Various factions from Ostrogoths to Byzantines and even Normans fought for control of the coastal nation.

Today, Naples is a popular destination for vacationers in Italy and is affectionately known as the birthplace of pizza. It also has the most Michelin-starred restaurants in Italy (25 to be exact). Whether you opt for a guided tour to Vesuvius in the distance or prefer to stay in the city and soak in the architecture and culture, there’s plenty to do in this southern Italian city.

We weren’t lying when we said that Italy wasn’t always unified. Up until it was, one of the major cities in this boot-shaped nation was the capital of a kingdom, or duchy. Florence was no exception. It was the capital of the Grand Duchy of Tuscany. While Florence got its start as a part of the Roman Empire, it’s best known as the birthplace of the Italian Renaissance. Pretty much every major artist, writer or creative who emerged from Italy during this era had a connection to Florence.

The city was also home to the influential Medici family, who controlled politics throughout Europe and put their own family members in the Papal seat of the Catholic Church. Tourists heading to Florence are usually drawn by the city’s museums, architecture and the Boboli Gardens.

Today, Granada is the capital city of the province of Granada in Andalusia, Spain. But this ancient city experienced several changes in rulers and cultural influence over the years between Muslim, Christian, and Jewish factions. The earliest history points to Iberian rulers controlling early Granada before it was conquered by the Moors. The city eventually became a capital in 1250 after the Emirate of Granada, a Muslim nation, aligned with Ferdinand III of Castile. This lasted until 1492 when the final Muslim ruler ceded control after the Battle of Granada.

Historians agree this ended the Reconquista, a lengthy push to bring the Iberian Peninsula entirely under Christian control. These days, Granada is an ideal place to visit if you want to see how Muslim architecture and design influenced Spain. The Alhambra Palace and fortress is a prime example and served as the sultans’ residence between the 13th and 15th centuries.

The instability of the French Revolution a few years later paved the way for Paoli to return to power and declare independence. Only this time, he was backed by the United Kingdom. This diplomatic relationship ultimately didn’t work out, as Corte and its lands were annexed again by France at the end of the Revolution. However, Corte is still a popular vacation destination for nature enthusiasts.

Did any of the cities on this list surprise you? Even though this was just a brief overview, we hope this history will spark your curiosity and provide inspiration for your next European vacation.