Have you ever wanted to take a trip to Alaska? Maybe you want to go in the summer so you can enjoy that midnight sun. Or, possibly you’d prefer to travel between the fall and early spring to catch the Northern Lights. Regardless of the time of year, or whether you opt for an Alaskan cruise or land expedition, you might be able to catch one of these five iconic animals that is native to the 49th state in the Union. 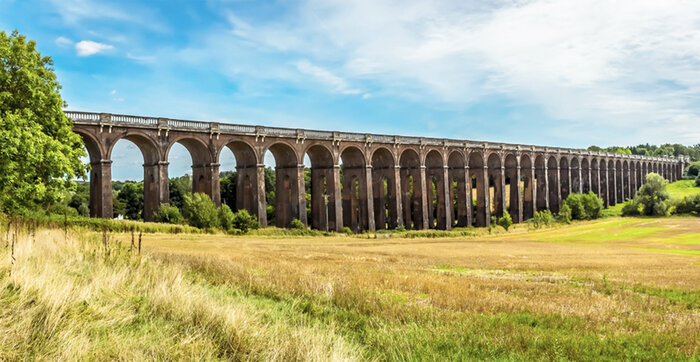 We combined brown and black bears because both of these species are endemic to Alaska. In particular, both bears are found in the southeastern part of the state. Cruise travelers can easily spot bears from the shoreline since they often feed there. The best time for these types of bear sightings is during the spring and summer when they’re most active. But if you’re hoping to catch bears feeding at a salmon stream, your best bet is to book a cruise for late summer or early fall.

Spotting bears from afar on a ship is always the safest option. However, if you happen to be part of a land expedition, be sure to travel wisely. Go in a group of five or more people and be sure to make noise as you enter the forests to avoid accidentally stumbling upon a bear.

This animal is one that is truly unique to Alaska. The Alexander Archipelago wolf, also known as the islands wolf, is a subspecies of the timber wolf. Like the brown and black bears, this wolf is found most commonly in southeast Alaska—specifically in the islands. The islands wolf is smaller than most other wolves found in North America and scientists believe this is due to this species having lived in relative isolation from other types of wolves.

Sadly, this particular wolf has experienced serious population decline over the years because of continued logging and a reduction in their only food source, the Sitka deer. Combined with the fact that the islands wolf is constantly denied entry onto the endangered species list, catching a glimpse of this threatened species is a major feat.

Nothing serves as a symbol of the United States like the bald eagle. For years, their population was threatened, and the bird even spent time on the endangered species list. But as of today, their current numbers in Alaska total almost half of the nation’s 70,000 bald eagles. This particular species is also commonly found in southeast Alaska. It’s said that bald eagles are so common in Alaska that spotting one is no different than finding a pigeon in New York City.

In fact, residents of Dutch Harbor, a fishing town in the Aleutian Islands, actually view the iconic birds as invasive pests. The town is home to around 500 bald eagles that boldly scavenge for food every day from the docks to further in town with no fear of the human inhabitants. And that’s because the bird is a protected species with federal penalties attached to harming them. The birds are so bold there that some people have even had their grocery bags snatched out of their hands by these birds of prey. But aside from this poor town, spotting a bald eagle is typically a majestic experience.

If your real interest is large marine life, then Alaska is the perfect place to spot them. The state is ideal for having an up-close and personal experience with humpback whales and orcas. More than 500 humpbacks call the Alaskan waters home during the warm summer months. Fun fact: just like humans and fingerprints, each humpback has a unique pattern on its fluke. So, if you’re lucky, you might be able to identify the same humpback whale on more than one occasion.

Meanwhile, if you’re up for the challenge, you can try your hand at spotting the far more elusive orca. Officially, orcas aren’t whales. They’re really the largest species of the dolphin family. But because of their size and the fact that they’re an aggressive predator (don’t watch any specials on orcas in the wild if Shamu gives you warm fuzzies), they were mistakenly labeled as whales by mariners and explorers.

While orcas can be found in every ocean, there are distinctive ecotypes of the mammal found in specific parts of the world. Ecotypes refer to subsets of orcas that rarely interact or interbreed with other subsets. Depending on an orca’s ecotype, it might prefer specific prey and vary in size or appearance from others. If you’re lucky enough to spot one of these dolphins in Alaska, chances are you’re seeing a Resident or Bigg’s ecotype orca.

There are plenty of expeditions and travel opportunities to get up close and personal with Alaska’s wildlife. And while this isn’t a comprehensive list of the most popular animals you can find, it’s a great starting point.