Staring at the nighttime sky has been a common pastime for thousands of years. For as long as humans have walked the Earth, they looked up and studied the stars. We aren’t that much different today, except that the tools have gotten better. Modern telescopes allow us to see light-years away and observe some of the most fascinating phenomena in the universe. If you’re into stargazing, check out these four iconic observatories for some of the best views of the universe from the little blue and green  ball that we call home. 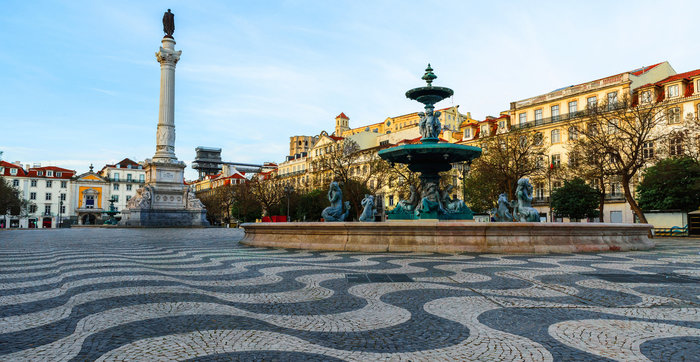 The Maunakea Observatories — a network of facilities and non-profit research institutios — sit at the top of the extinct volcano with the same name. It is the highest point in Hawaii and is officially the tallest mountain in the world, even beating out Mount Everest because most of the mountain is under water. While the mountain may not reach the elevation of Everest, the observatory sits at a breathtaking (literally) 13,000 feet above sea level.

Visitors are welcome at the top of the mountain, and stargazing tours are available. To reach the top, you can drive yourself, as long as you have a four-wheel-drive vehicle and are not scared of heights, or you can join one of the many tour groups that summit the mountain daily. The observatory is far away from any major cities and at high enough of an elevation that the lack of light pollution allows for amazing stargazing opportunities. Be sure to get there early and watch the sunset from above the clouds.

For adventurers who like to have it all, the Gornergrat Observatory is for you! Not only does it allow for incredible stargazing at 10,000 feet above sea level, but it has shopping, restaurants, an event hall, a planetarium, and a hotel. You can even eat dinner out on the terrace under the stars.

The original building was built in 1898 and was made accessible by the world’s first fully electric railway that is still in use today. Realizing how ideal the climate was for seeing the nighttime sky, astronomers from all over the world flocked to Gornergrat and installed the observatory in the 1960s.

While the Very Large Telescope might not boast the most creative name, it is the most advanced optical instrument on the planet, capable of seeing two individual car headlights on the surface of the moon! The observatory is located in the Atacama Desert in Chile, far away from the light pollution of any city.

The observatory is open to visitors on Saturdays. While tours are free, visitors do have to register ahead of time as there’s limited space. It’s one of the best places in the world to see the Milky Way arc. Unlike the Gornergrat, the Very Large Telescope has no amenities and sits alone in the desert a long way from any city. Make your plans accordingly — especially due to

Cowan’s Observatory is not the biggest or most technologically advanced in the world. In fact, it is not even used for scientific study. It is, however, built specifically with casual stargazing in mind, making it a popular destination for travelers around the world.

The observatory is located in the Aoraki Mackenzie Dark Sky Reserve which is the largest dark sky reserve in the world. Outdoor lighting is restricted on the 1,600 square miles of land that make up the reserve, allowing for some of the most pristine stargazing possible with minimal to no light pollution. Even if you don’t go to the observatory, just visiting or camping in the park will provide better stargazing than most telescopes located anywhere else. And there are plenty of guided stargazing tours available.